The Petroleum Industry Promoting Education (PIPE) organization is once again sponsoring a family fun eat and run to support the three local Children’s Museums.  The 5k and 1/2 mile run/walk will be held at City Park in New Orleans on Sunday, April 9, 2017, starting at 8:30 am.  Proceeds […] 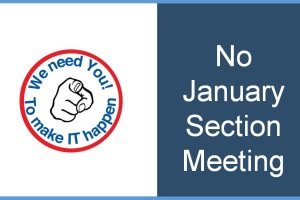 New Orleans Section will not have a January general meeting. The section’s executive committee has not been able to attract a quorum for any of its monthly meetings so far this operating year. Planning for general meetings has been a difficult proposition. There is no doubt that a […]

Summer is coming to a close, and that means it’s almost kick-off time for the 2016/2017 ISA year.  Join us for our annual membership drive and shrimp boil on Friday, September 30, 2016, starting at 6:00 pm, at the UNO Engineering Building. We’ll have more details including pricing […]

The ISA New Orleans Section held their inaugural ICS Cybersecurity summit on Wednesday, April 27, 2016. The event featured guest panelists from the local engineering and IT community, as well as a guest speaker from Cisco. The summit was hosted at M.S. Benbow and Associates. The summit was […]